Life is so unpredictable. Life is hard.

Entering the fourth week of this quarter, I was changing my reading lists. Since I have several projects going on, the time of reading papers is unavoidable. I was also taking notes of my projects to keep everything in order. Hope that I can summarize some of my progress and make some other blog categories. Those would be a great memory.

After finishing the fourth chapter of the book Approximation Algorithm and Semidefinite Programming, I decided to move towards another book, Combinatorial Optimization by Bernhard Korte and Jens Vygen. Most of the reason is that I enrolled in the course MAT258B taught by professor De Loera, and this grad course needs a lot of hard work. The lectures just finished talking about some basics, the concepts of graph theory, spanning trees, and matroids, several algorithms, and some problems about network flow, min-cut, TSP, and etc.. This book talks these topics thoroughly and in a clean manner, and I love it a lot. As far as I know, there is another book called Combinatorial Optimization by Schrijver, Alexander which has three volumes of content. After comparing the prices and materials, I finally decided to learn from the former. 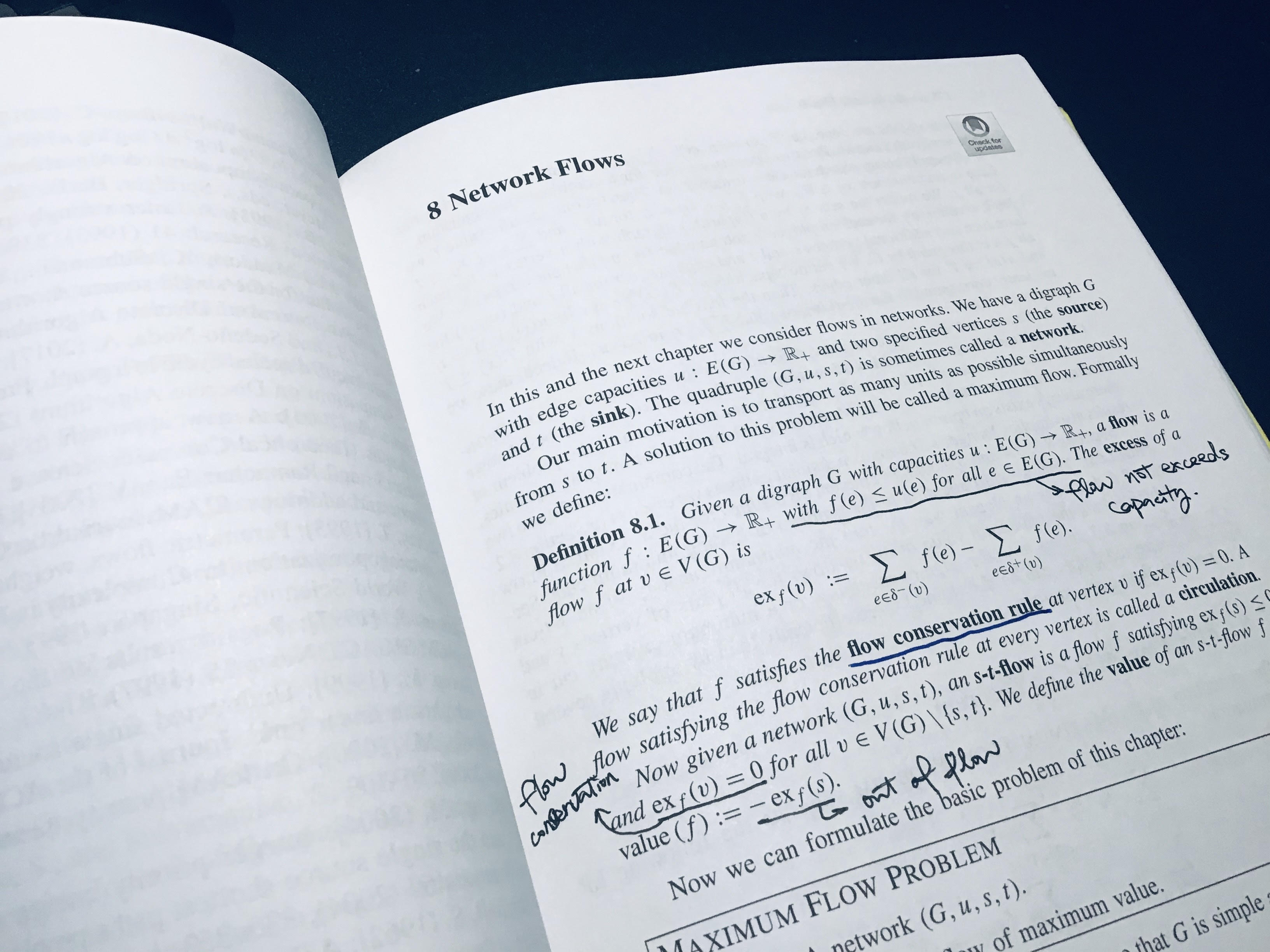 It is the time back to mathematical analysis! Continued from the last quarter, I enrolled in the next course in the graduate analysis series, MAT201B. During the first two weeks of the quarter, I reviewed the knowledge in measure theory, and this time from the aspect of the abstract measure but not only focusing on the Lebesgue measure. The textbook we are using for measure theory is the first chapter of Analysis by Elliott H. Lieb and Michael Loss. It approaches measure theory from considering a measure in general and talks about several important theorems in measure theory. In my opinion, if one wants to learn measure theory in detail, the Real Analysis by Stein and Shakarchi is much better since it has more content. For this course, the goal of these two weeks of measure theory more is a recap of this significant branch of mathematical analysis, rather than know every little detail of this large field.

During the winter break, I studied the basics of Fourier analysis on my own. One reason is to prepare for the graduate analysis this quarter, and another reason is to learn more about the generalized functions. Although I bought the Fourier Analysis by T. W. Kòrner, I am still reading the Fourier Analysis and its applications by Gerald B. Folland. It is such a well-written book, and I am now moving to the end of the chapters.

Since I also have two research projects going on, there are lots of things to do. 2020 seems to be a hard year for everyone in the beginning, but what I can do is keep grinding. I hope that everything I did, or everyone did would pay off in the future.

Cover photo is from here